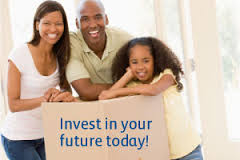 It is a peculiar truth of life that we often do not appropriately value the things we don’t directly pay for. One of the problems with credit is that it enables us to have something that we “want” now even though we might not really need it. And had we been forced to earn the money for it first then we might have decided later that it’s not worth the money because it’s not worth the work we had to put in to get it.

Unfortunately many of us approach our dreams with the same buying-on-credit philosophy that we use to buy our stuff. We want to find a way to get them without having to pay for them upfront. In other words we want the accolades, the raises, the notoriety, the freedom and the status but we would rather not have to put the work in for it up front in order to get it.

But even though we think that is what we want, it ultimately doesn’t satisfy. A dream that is handed to you wouldn’t be worth as much as one you had to pay to own. It wouldn’t have the same significance, the same meaning, and it wouldn’t represent the same success. Even though we may not realize it, the satisfaction of reaching the dream comes from having paid the price in order to get it.

”There are 3 currencies you can use to invest in owning your dream: time, money, and energy. If you have a dream that you want then you can own it by investing any one of those 3 things into it at any moment.And as the “Buy-In Principle” of the Take the Stairs methodology reminds us, “the more we have invested into something the less likely we are to let it fail.” So don’t wait for your dream to be given to you. Don’t expect an easier way for it to show up. Don’t think it’d be better if it just happened. Instead, start investing! Start paying the price and you’ll be amazed at the power you have once you truly “own” your own dream.See you in the “stairwell”.

via How to ‘Own’ Your Dream – Advantage4Parents.